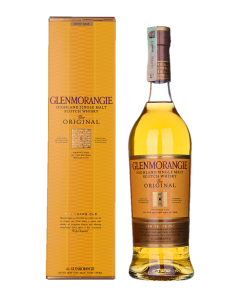 Glenmorangie whiskeys are produced in the Highlands, the northernmost part of Scotland. They are distilled in the highest copper cauldrons in Scotland and aged in the highest quality oak barrels, which are used only twice and thus produce the purest and most elegant whiskeys. The distillery is known as an innovator in the production of whiskey, combining tradition with innovation, resulting in malt whiskey with “unnecessarily” high quality.

In recognition of its uncompromising quality, the distillery received the prestigious award “Best Distillery in the World” for 2012 at the International Wine & Spirit Competition (IWSC).