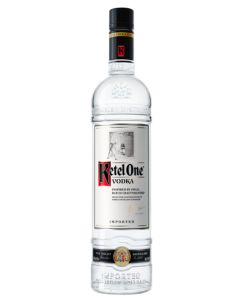 Produced from carefully selected European wheat through a combination of modern and traditional distillation methods, Ketel One is an exceptional premium vodka, with a very high level of purity compared to other grain alcohols.

Ketel One vodka is produced in the Netherlands in the family distillery of the Nolet family – tenth generation of producers with over 300 years of experience in vodka distillation. The name of the vodka – Ketel One, comes from the requirement of the Dutch government to number the pots in the distilleries. The vodka is named after the oldest cauldron in the distillery of the Nolet family – “DistilleerKetel 1 ″.