AVENDI
Rum and Spirits The Kraken 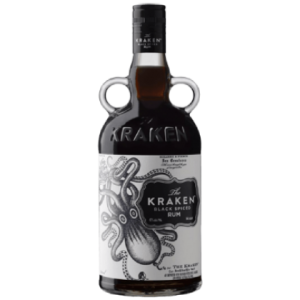 Dark Caribbean rum of the Spiced type appeared on the market in 2010. Its name comes from a mythical sea monster that legend has it attacked ships. The product is designed to be as powerful as the creature it is named after, and its color is as black as sepia ink.
Before it was bottled in Trinidad and Tobago, 11 secret herbs were used in it. Chocolate, molasses and cinnamon spiciness are some of the flavors you will feel while enjoying it.
The beautiful bottle with two handles is a replica of the bottles in which rum was stored during the Victorian era. There is no fan of spiced rum who does not like this rum.